Throughout 2014, thus far. I have been truly humbled by the amount of love and support Drew, myself, and Knox have been given by friends all over the United States, but perhaps none has hit me quite as hard as Saturday evening.
As most of you know I was a member of the American Junior Simmental Association for many years, and competed at national classics for 11 years. Since aging out I have attended national classics to judge, promote our business, and continue my investment in some amazing young people of our breed. I served two terms on the AJSA Board of Trustees.
You have seen from an earlier blog that Project Linus gave Knox a blanket while we were in the hospital, and the AJSA was making blankets for Project Linus as their service project.
Knox, himself donated four blankets, and his great- Nana gave us two more blankets to donate as well. 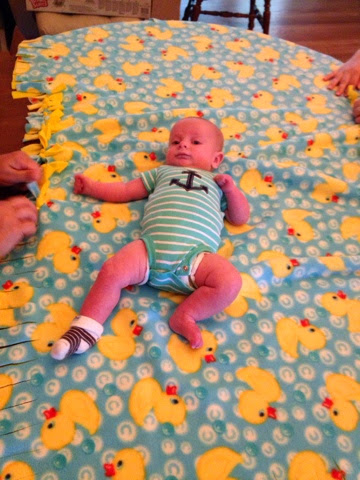 Other friends donated money in honor of Knox to make blankets. 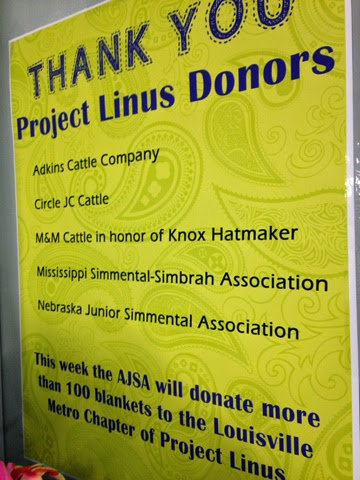 On Saturday night at the banquet, the junior board gave an update on their service project that the completed. The Louisville Project Linus chapter was given 150 blankets to brighten sick children's day.
Allison then began to talk about three future AJSA members that got off to a rough start. Knox and his friends Breham and Berwick Bloomberg; twins of my good friend Blake who were born at only a pound a piece. They just got to go home last week. The AJSA Board presented our family as well as the Bloomberg family with blankets they made for us.
They called us to the front to accept these blankets. I was a bucket of tears. Knox and Drew had stayed at the hotel so it was just me and my tears. I love the simmental breed and the AJSA, but knowing that they support my little guy and thought of him as they did this program was too much for me to handle. 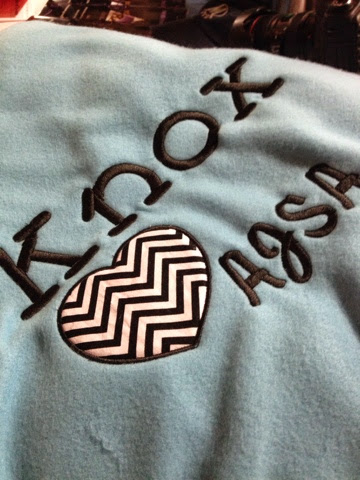 We have been blessed by some great friends and even strangers since Knox came into this world, but this gesture was just too much for me to handle. I was (and still am) overwhelmed by their thoughtfulness to Knox. It will forever be a moment that will hold a special place in my heart as well as those young people who thought of my little man. 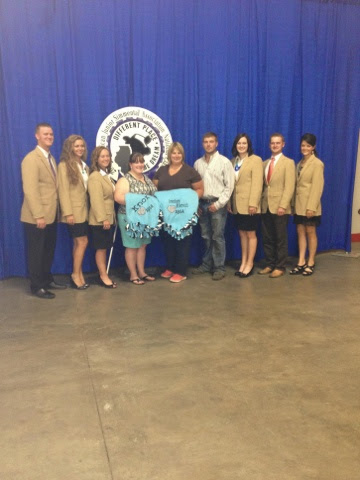 Thank you AJSA board, you will never know how much I appreciate this blanket. I look forward to telling Knox about you all as he gets older. I am so proud of the success of your project and for helping children who need a bright spot in their day.
Posted by Holli at 8:22 PM No comments:

Raise your hand if you are 4 months!

We celebrated with getting our 4 month shots which he did not enjoy, and then shopping at Trader Joe's. Our pediatrician who we love, of course only sees us for normal baby stuff. She was very happy with his growth and development. 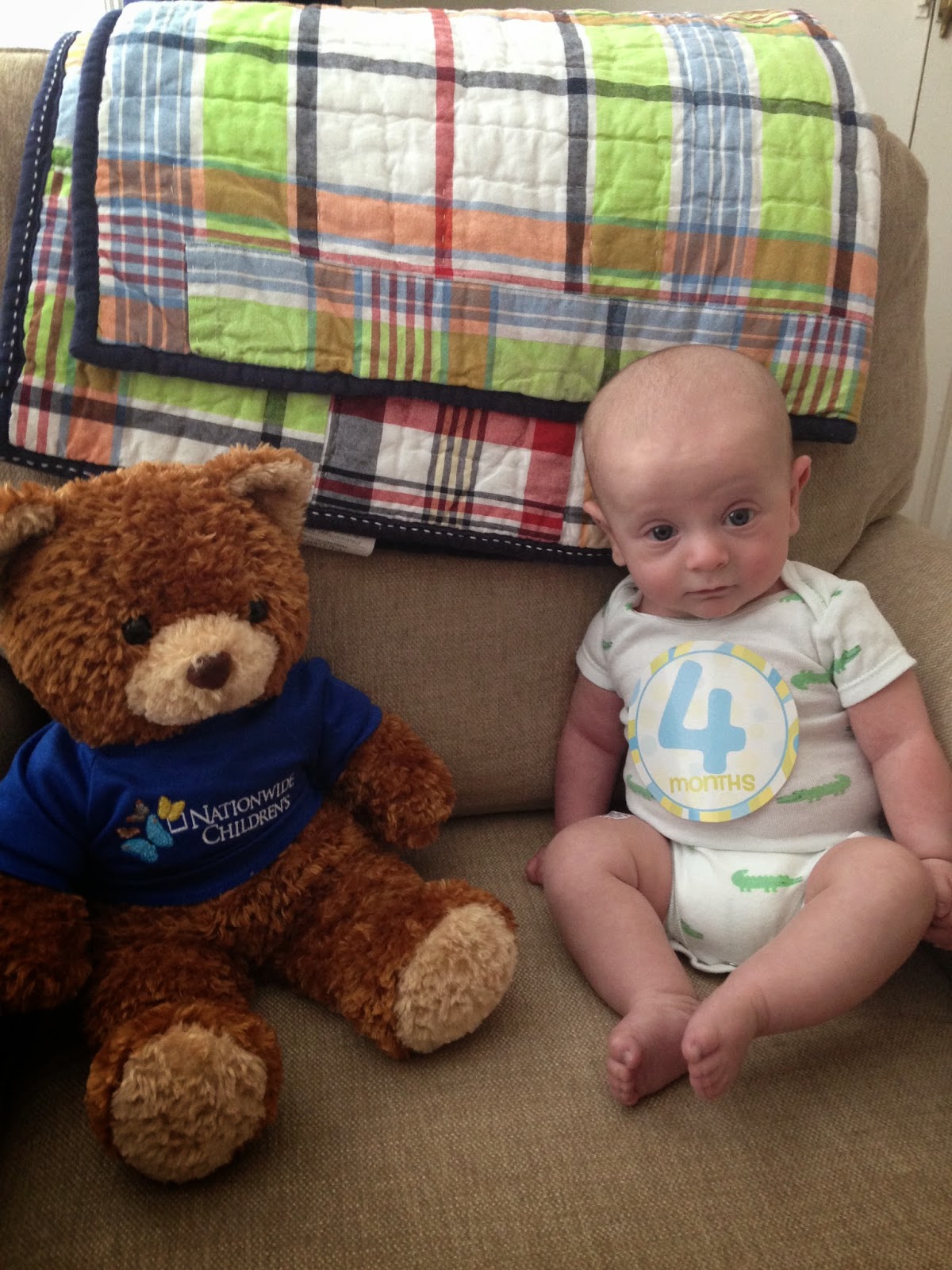 Knox loves:
- Taking a bath in his bath tub
- Sitting up (with some help) 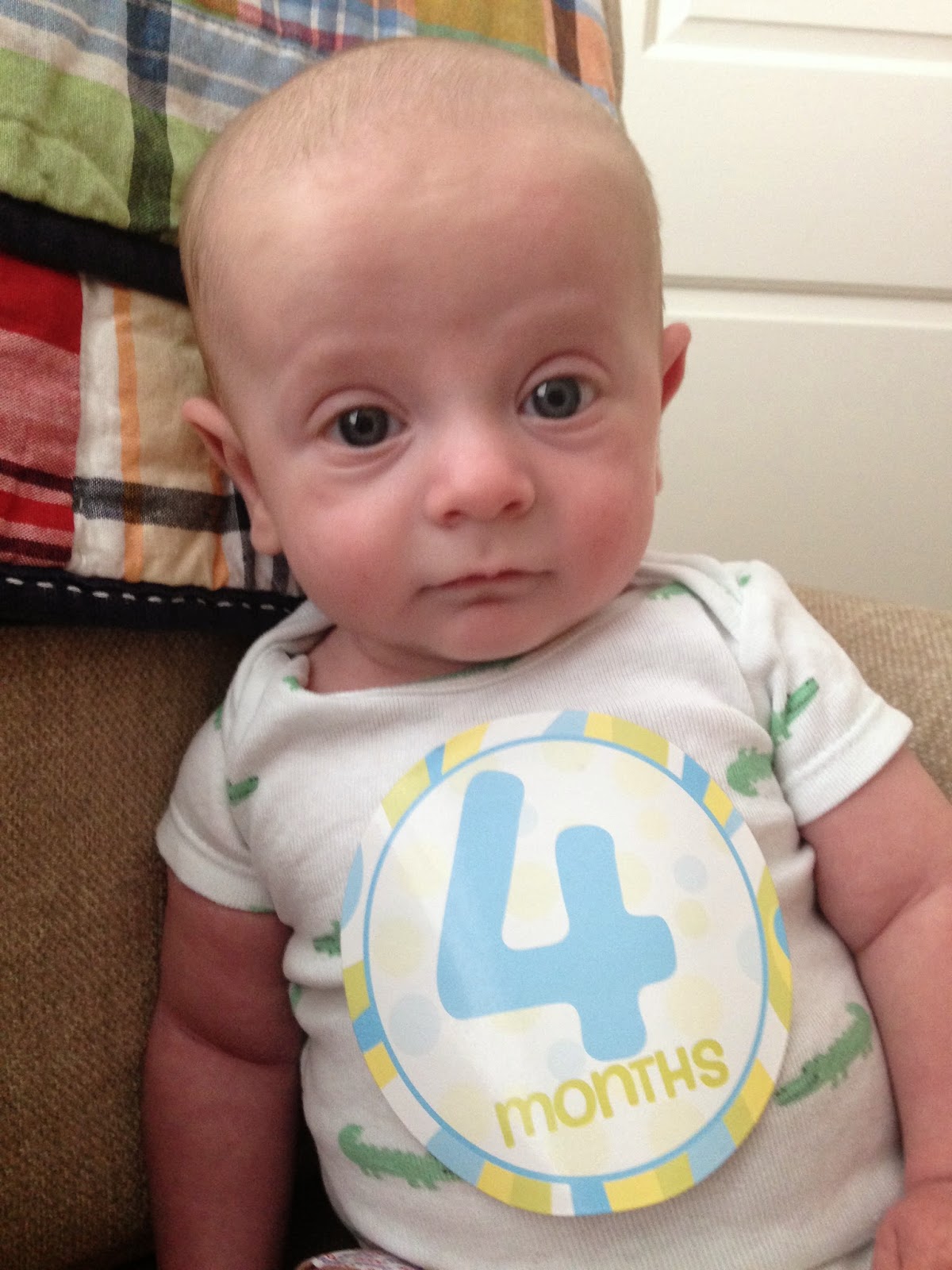